Psychology: Exploring the Strange and Occasionally Mysterious Messages in Dreams

denmarkguy in The LIFESTYLE LOUNGE • 5 months ago

Even the people who insist they "never dream," dream... but they just don't remember.

Dreams have long fascinated me, perhaps because my dreamscapes have typically been extremely vivid, and often utterly inexplicable, as well as occasionally prophetic. Pioneering psychologist Carl Jung placed a very high importance on dreams, characterizing them as the psyche's/subconscious' attempts to communicate important messages to the dreamer, offering insights into our inner worlds "beneath the surface."

I've written some about dreams before; exploring a slightly different angle this time.

I am aware of dreaming extensively from as early as age 8-9 and onwards. Nothing unusual in that.

What was unusual — and remains a mystery to me, to this day — was the persistent content of many of my dreams between ages 9-10 and about 18. To offer a framework, I was born in Denmark and grew up mostly around Europe in the second half of the 1960's and 1970's. We did not have a television, and rarely went to the movies. Whereas I read extensively, it was 99% detective stories and adventure.

The part I still haven't been able to figure out was how my mind constructed extremely advanced life scenarios that were most likely in another civilization on other planets without any visual or reading "cues" to do so.

I'm not talking Jules Verne "From the Earth to the Moon" style imagination, but highly sophisticated planetary civilizations, floating space stations and huge interstellar space ships in a style 2020 SciFi CGI artists would be proud to call their own... and would made the original Star Trek (which I did not know existed till I was 15) look like playing with Legos.

To this day, I have as many dreams that appear to have nothing to do with planet Earth as I do dreams of more earthbound topics.

When it comes to the "woo"-woo" I tend towards being a "debunker" first, trying to figure out where I could possibly have picked up the cues... but it continues to baffle me. And when I have these dreams, it's more like I am "revisiting a memory" than having a dream.

EVEN if you take the "conspiracy theorist" route and argue that someone "implanted false memories" in me under hypnosis later in life, I would have trouble explaining how I managed to write many of these dreams down in my teenage journals. Because I kept journals, anyway, I sometimes wrote down some of my stranger dreams just because they seemed so unusual. I think I mostly did so because — at the time — I still harbored delusions of becoming a writer, in the "book author" sense of the word... and much of this was fascinating. However, the idea of formal Dream Journaling didn't enter my life until I found myself in therapy in my early 30's and my counselor suggested that a dream journal might be a good way for us to start examining some of the seemingly "buried" things clearly taking place inside my psyche.

As it turned out, Kathleen (the therapist) proved Jung right in terms of pulling messages from my subconscious through.

I won't bore you with the details of the inner journey of self-inquiry I took... which led to a divorce, a total change in personal paradigm, the end of a business, the end of how I worked, and the end of how I had viewed the world and people in it... and my place within all that.

I still keep a dream journal, but only record "highlights" these days... mostly for my own edification, and for those occasions when I need to go back and prove to someone that yes "I really DID dream that, eight years ago!"

Which leads us to...

The Mystery of Prophetic Dreams

Most people completely misinterpret what happens... and ask questions like "do you ever dream the lottery numbers?" or "what will the next TESLA stock be? and stuff like that.

In truth, what I dream tend to be events, places and people. Whereas it can definitely be fascinating and exciting, and sometimes even scary, it's not a particularly functionally useful thing because I rarely realize what's happening until I'm in the middle of the situation. Like arriving in the town of Seaside, Oregon sometime in the late 1990's, where I had never been and had not read anything about... and driving straight to the public parking area and then walking directly to a specific seafood restaurant (not in the guidebook) because I had dreamed it. And it was precisely like I had already been there.

In a different instance, I arrived at Oakland airport on an inbound flight from Austin, on my way to a 5-day retreat in Marin County. I went and did the paperwork for my rental car... and realized that everything was completely familiar (it was my first time at the Oakland airport) and I remembered dreaming that I was at the airport and and would end up giving a ride to a woman who was a fellow attendee whose car reservation had been screwed up. Because I love synchronicity (and I wasn't on a schedule) I sat on a bench nearby... just because.

Lo and behold, about 15 minutes later, a tall dark haired woman looking exactly like the woman from the dream — right down to her red western boots — was having some kind of argument with the clerk at the Alamo rentals counter... and to make a long story short, I gave her a ride to the retreat. Is that "incredibly amazing?" I honestly don't know. Somewhere, every day something that's a one-in-a-million shot happens... and maybe that's just what happened to me.

Alternately, maybe I created the reality from my dream? I won't go into that, but I do believe in "creating reality," but the stories that go with that are much too long to include in this post!

And yes, I did tell her, but not until three days later after she'd had a thorough chance to establish that I wasn't a creepy nutjob... as I said, prophetic dreams aren't nearly as cool as one might think...

What my dreams — and exploring their messages — have mostly taught me is that there is a lot we don't know about the underlying mechanics of this thing we can "existence." The example I like to use is that microwaves existed possibly billions of years before we were able to detect and harness them to make ovens and cellphone relay towers. We just couldn't detect them. Same with light in the UV wavelength or microscopic viruses.

Right now — as you read these words — I believe you are surrounded by a dense cloud of "things" we are yet to learn exist.

Reminds me of a sci-fi short I watched some years ago and as part of testing some new kind of super-electron microscope scientists were getting to look inside a cell from a dog at a subatomic level... and when they kept upping the magnification, there was eventually a small dark patch... with the INTEL logo on it!

So who knows? Maybe the images and messages in dreams actually come from a "somewhere" we have not yet deciphered...

Gives you something to think about!

Thanks for reading and have a great rest of your weekend!

How about YOU? Do you think there are messages in dreams? What do you think "prophetic" dreams are? Comments, feedback and other interaction is invited and welcomed! Because — after all — SOCIAL content is about interacting, right? Leave a comment — share your experiences — be part of the conversation!

Greetings bloggers and social content creators! This article was created via PeakD, a blogging application that's part of the Hive Social Content Experience. If you're a blogger, writer, poet, artist, vlogger, musician or other creative content wizard, come join us! Hive is a little "different" because it's not run by a "company;" it operates via the consensus of its users and your content can't be banned, censored, taken down or demonetized. And that COUNTS for something, in these uncertain times! So if you're ready for the next generation of social content where YOU retain ownership and control, come by and learn about Hive and make an account!

Proud member of the Lifestyle Lounge Community on Hive!

(As usual, all text and images by the author, unless otherwise credited. This is original content, created expressly and uniquely for this platform — NOT cross posted anywhere else!)
Created at 20210313 23:35 PST
0210/1453

In a dream I once found myself scrambling to open a door and once inside the room I saw myself overdosing or maybe I was poisoned or some shit; foaming at the mouth and all that. It was disturbing and because of it I made sure to avoid things like heroin.

And on a side note about dreams connected to other worlds... Since science says the brain is still active a few seconds after death and since a few seconds in a dream can feel like an eternity, I think if there's a life after all this, that dreamland is where we're headed.

But you are a tad strange...

He must be going through his 'polite' stage... What if this often-hellish world is that dying dreamtime from another existence?

Can't rule it out.

Trippy! But I can make that work. It gives me an odd comfort.

Do you ever wonder if the dream is the real bit and life is just a dream?

Occasionally I do, mostly as a mental exercise... playing the "what if" game of what if we are just having this current experience as "in-flight entertainment" while in cryosleep on a spaceship somewhere on a 500-year journey between star systems?

My wife actually seems the more inclined of the two of us to take the "life is a dream and we'll wake up someday" angle seriously. 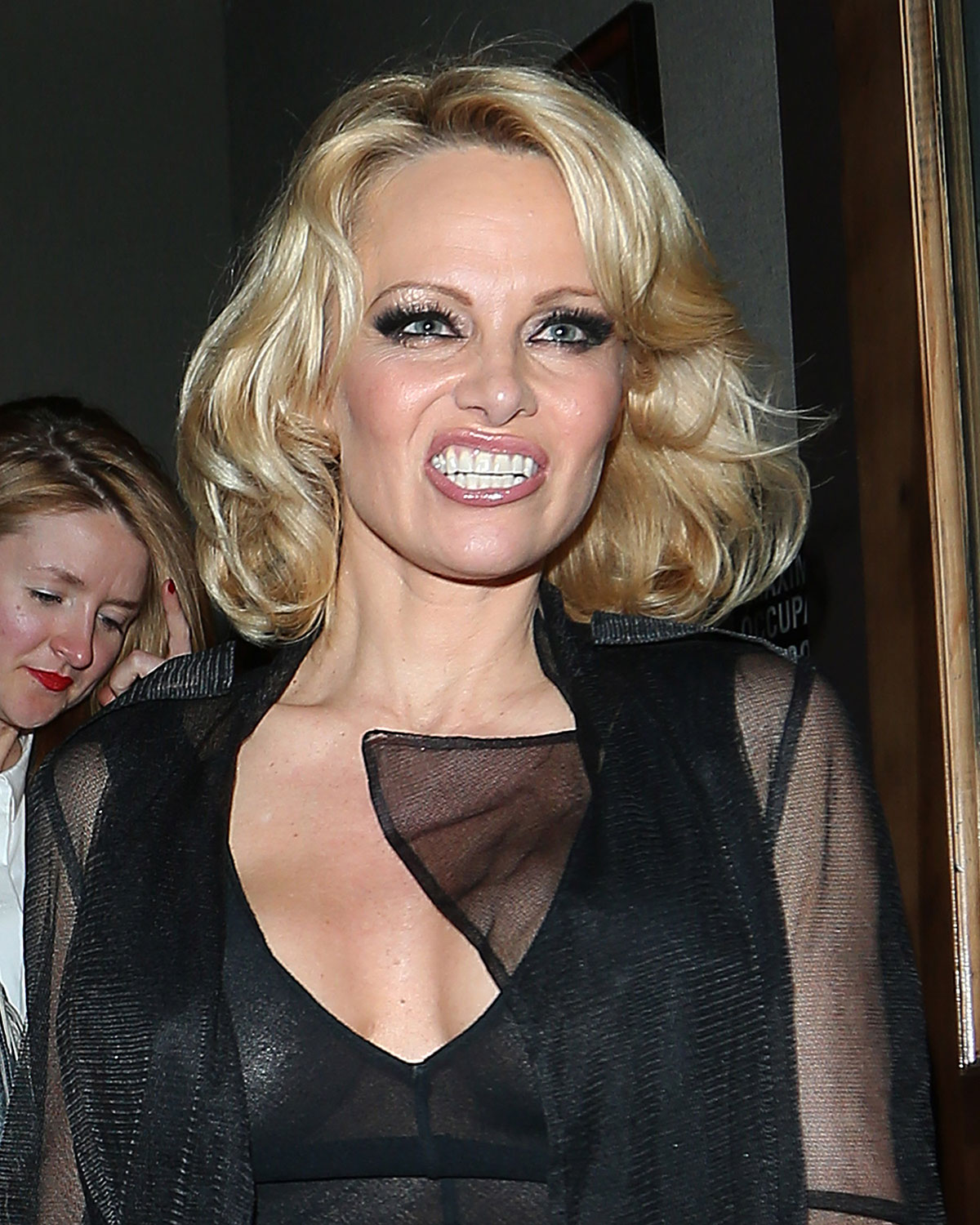 Awesome essay! Maybe everything is happening at once, and we who are stuck in only these four dimensions (including time) can't access everything. Sounds like you sure can, at least in your dreams. This is very cool stuff you have going on.

I believe that it all starting going downhill when we started measuring things. With measurement comes judgment, separation, envy and the like.

One of the things that worries me a little about science in our day and age is that it seems to have become less flexible; as I learned it in school, science was about discovery and exploration of possibilities and nowadays it feels more and more like the purpose of science has shifted towards establishing inflexible rules against which — as you suggest — judgment happens. Which has an unfortunately subtext of religious dogma to it.

Exploration and discovery requires us to be able to read between the lines. And to be more open to possibilities.

I love talking about dreams. And better yet, my favorite part of your post is at the end, you're right, there is so much we cannot see in a variety of ways, we can only see a limited range of color, light, and other things. There are other dimensions.

On a generic level, dreams are our brain sorting short-term memory into long-term memory. However, I wonder if people can also interact with other humans or other things through deep-sleep REM dreaming. I wonder if things can be transmitted to us via us.

I wonder if things can be transmitted to us via us.

Well, I suppose that goes along the lines of Jung's theories about dreams; that the messages in our dreams are often about our subconscious trying to "send a message" to our conscious awareness.

Hi @cuddlekitten, what big eyes you have! Always fun to see you pop by!

Congratulations @denmarkguy! You have completed the following achievement on the Hive blockchain and have been rewarded with new badge(s) :