Exploring the virtual reality worlds on the blockchain – is our entire life merely a simulation?

Life is really moving online for society, especially since the pandemic of 2020, where movement was restricted and more of us live online and work from home. The digital world is expanding significantly as more of us spend more time in cyberspace. This is also true with the advent of blockchain technology. As a result, it appears as if life as a whole is becoming more of a simulation or a virtual reality in itself, as the boundaries blur between what is physically real and what is virtually real, so to speak. 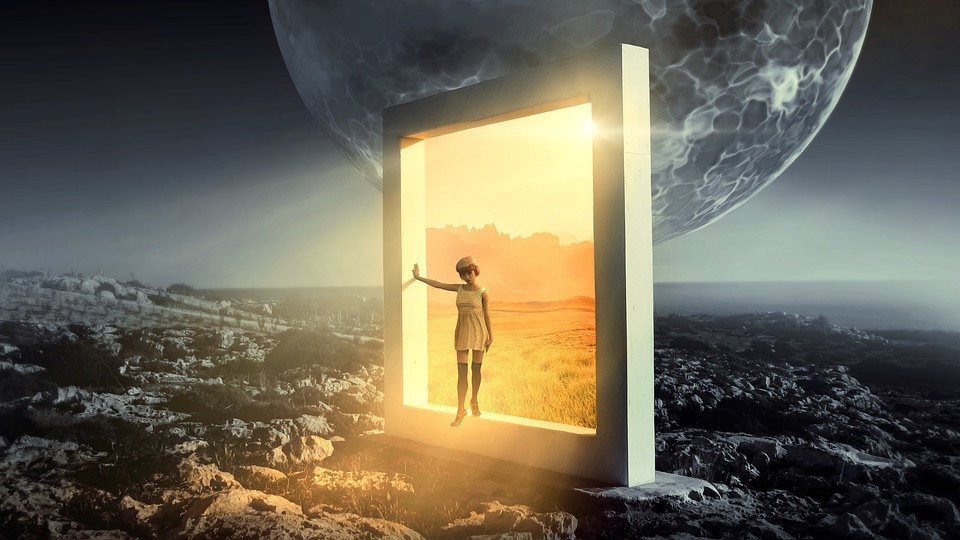 The question of whether our life is an illusion, dream or virtual reality is not a new one. It has merely been brought more into focus now with the digital revolution. Philosophers have questioned our reality for millennia. But today we are actually experiencing much more of a higher degree of the virtual.

For example I have just done an exploration of several online platforms using blockchain technology to run virtual worlds, or simulated cyber spaces. These might look like game platforms that kids use. Minecraft and Roblox are popular kids online games, where their characters explore a virtual world. Now adults are also entering these worlds to an increasing degree, not for gaming alone but also to do business. Yet the virtual worlds look very game-like.

Some of the virtual worlds I explored today are:

They use cryptocurrencies to trade there and my main interest is in the NFT (non-fungible token) art field. These virtual worlds are now platforms for artists to display and sell their digitalized artworks as NFTs, in virtual galleries. And virtual land owners and gallery curators or art dealers are buying plots of land in these worlds to open galleries where contemporary digital art is hung on virtual walls for the browser to look at in real time.

With these 4 virtual worlds alone, one can spend days roaming around in your avatar body, looking through 3D buildings with rooms and objects, all located in virtual streets which are in neighborhoods and entire towns. Whatever we have in real life is being copied in these virtual worlds.

Other game-like worlds also exist, where players buy and sell plots of land. Some worlds enable you to design your avatar, giving it a persona, gender, clothing, accessories, a name and entire identity different from your real life personality. In this avatar you wonder around the virtual streets and enter buildings to explore, and meet other avatars there. The space is social and interactive in that regard, so one could end up living there, as your entire life goes by, day after day.

And if you are adept at this, you can do business there too, like my idea of displaying my tokenized digital artworks and trading them for cryptocurrency. And this is still the relatively early phase of this new reality. In years to come we may well have our VR goggles on, making the experience totally immersed. Actually it’s probably already here to a degree. I’m just exploring the parameters now on my computer screen, which is of course still 2D. But there are probably those who use the VR goggles and are absorbed in the 3D space already.

What an amazing cyber reality we are creating by the day. If it’s so easy to adopt and assume a VR persona just like that, and walk around or explore or even do business and trade in the “second life” (as one VR world was called a few years ago already) then it makes me wonder if the soul took this body in a similar way, and lives within it temporarily, assuming this identity for now, only to leave it and take on another when its time is up.

This is a good analogy of how the ancient Vedas – the original texts on the science of the soul – explain our existence here in the “real” world. The soul apparently takes many bodies, lifetime after lifetime, adopting that identity, and then discarding it, just as a person takes off old clothes and puts on new ones. In Bhagavad Gita, the most popular book of the ancient Sanskrit Vedas, it says:

“As a person puts on new garments, giving up old ones, the soul similarly accepts new material bodies, giving up the old and useless ones.”

Bhagavad Gita As It Is chapter 2:22 translated by Swami A. C. Bhaktivedanta

Exploring these virtual worlds online today made me think of this reference. Our current form in this body is described as merely temporary, and the change of bodies is presented as a fact in the ancient Sanskrit Vedas, or books of instruction on the science of the self. In other words we are already in a temporary virtual world body, while our real identity is covered. In this case we don’t even remember our real personalities, since we are so heavily immersed in the current persona.

Naturally one might end up feeling very comfortable in the virtual space, especially if all the needs appear to be met and there is a social life of its own among the other characters roaming around in the VR construct. As our modern life on earth becomes even more digitalized and virtual in coming years, the next generations will add layer upon layer of simulation to their existence, with opportunities to change their identities on multiple levels, unknown to previous generations. All of this will perhaps only add layers upon layers of covering over the original true eternal personality on the level of spirit soul.

The process of enlightenment is actually meant to peel away the illusory coverings that hide our original identity – even from ourselves – yet modern life appears to be going in the opposite direction and facilitating more illusory layers of identity as we progress into the digital cyber era. There is no knowing where this will lead, and we can only observe as it takes place one generation after the next. Let’s hope some semblance of insight and access to the ancient Vedas will remain, so that future generations still have the ability to perceive reality from illusion – on all levels.

I might consider building a temple and meditation hall in the virtual world there on CryptoVoxels or one of the platforms. And I will place Sanskrit texts all over, like an Akashic library for those who are interested to find out some esoteric secrets or truths about themselves. A cyber temple and library, presenting 5000 year old texts – now that sounds like an awesome plan to bring the ancient world into the future world, and thus preserve it on the blockchain.

An akashic library would be extraordinary in cyberspace. I recall someone talking about that here before.

It does bother me all these illusory veils, multiplied in the online world, are damaging. As if we didn't have enough illusions already. Yet here we are, distracting ourselves, building layer after layer.

Yes it's a popular topic for discussion - the emergence of the virtual reality world manifesting online, and now on the blockchain. Your NM platforms here and on Discord, etc is a type of solution already, by offering a platform for seekers to learn and share insights. Now we can make it more immersive as the tech emerges I presume.

Well, everything isn't interconnected after all, and even here on the Blockchain we see microcosms of the natural world fleshed out. Time will tell whether or not things like this will be the new norm and what impact they will have on our health.

Wonderful post as always! Honestly, what I think is happening with these virtual worlds is that we're manifesting the hidden tapestries. The layers of narratives and identities have always been there, invisible, deep in our collective and individual subconscious, but now we have a bunch of tools that allow us to make them perceivable to our senses. Yes, these new levels of immersion can of course lead to further delusion, but we don't require virtual worlds for that, our egos are already perfect instruments of self-imprisonment.

My experience and perspective are that, paradoxically, these simulations are uncovering Maya's complexity rather than concealing it. It's like they're offering us windows into the infinite realities and worlds around and within us. As long as we use them consciously, they should help us dismantle the illusion, not strengthen it.